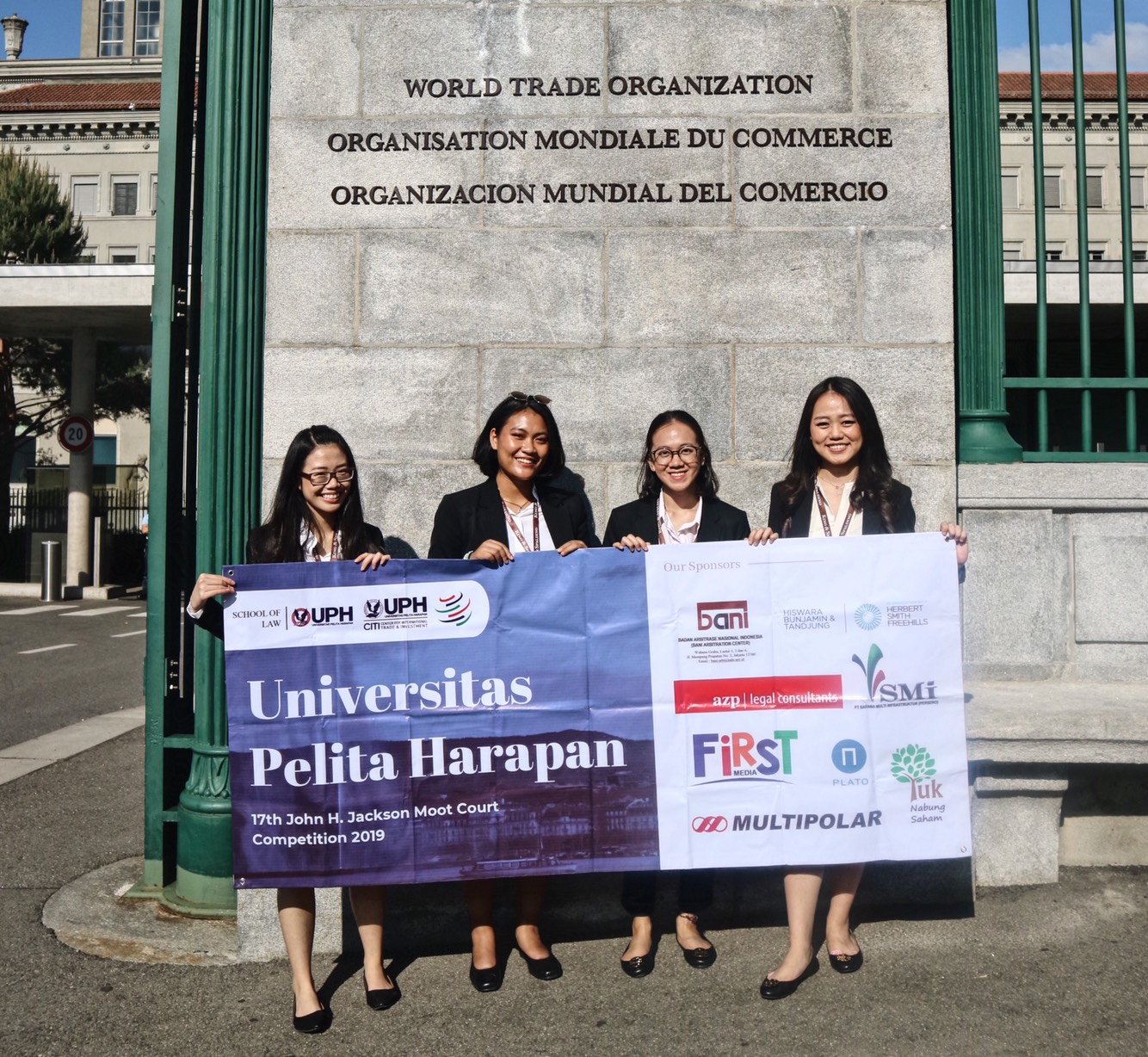 Previously, the team had also completed the regional Asian-Pacific semi-final round at Singapore from 23 to 26 February 2019. Their success in this round crowned FH UPH as the first Indonesian team with a semi-final round winner title and as the first to represent the country in the international competition. In the regional round itself, there were as much as 27 teams from Asian-Pacific countries such as Singapore, China, India, Australia, Vietnam, and Indonesia participating.

This was also said by Alya, Pricilla, Laurencia, and Sarah, who received the advantages of participating in the international competition.

They said, “The competition really widened our knowledge of international trade. Other than that, we were able to meet participants from top law schools of other countries, international trade law experts, and the Appellate Body members of the WTO Dispute Settlement Body. All in all, this event was very fun.”

WTO Moot Court is the largest court simulation in the world regarding the dispute settlement system of WTO. In the competition, teams comprised of two to four students must prepare a written submission that is filled with arguments from the countries involved in the dispute, may they be the petitioner or the respondent. The arguments will be brought up in front of the panels comprised of experts of international trade law.

In their preparation process, the FH UPH team was supported by their professors and seniors so that they can compete well. Sponsors have also supported the team so that the team is able to depart to Geneva. The sponsors are Multipolar, First Media, AZP Legal Consultants, PT Sarana Multi Infrastruktur, and Bursa Efek Indonesia.