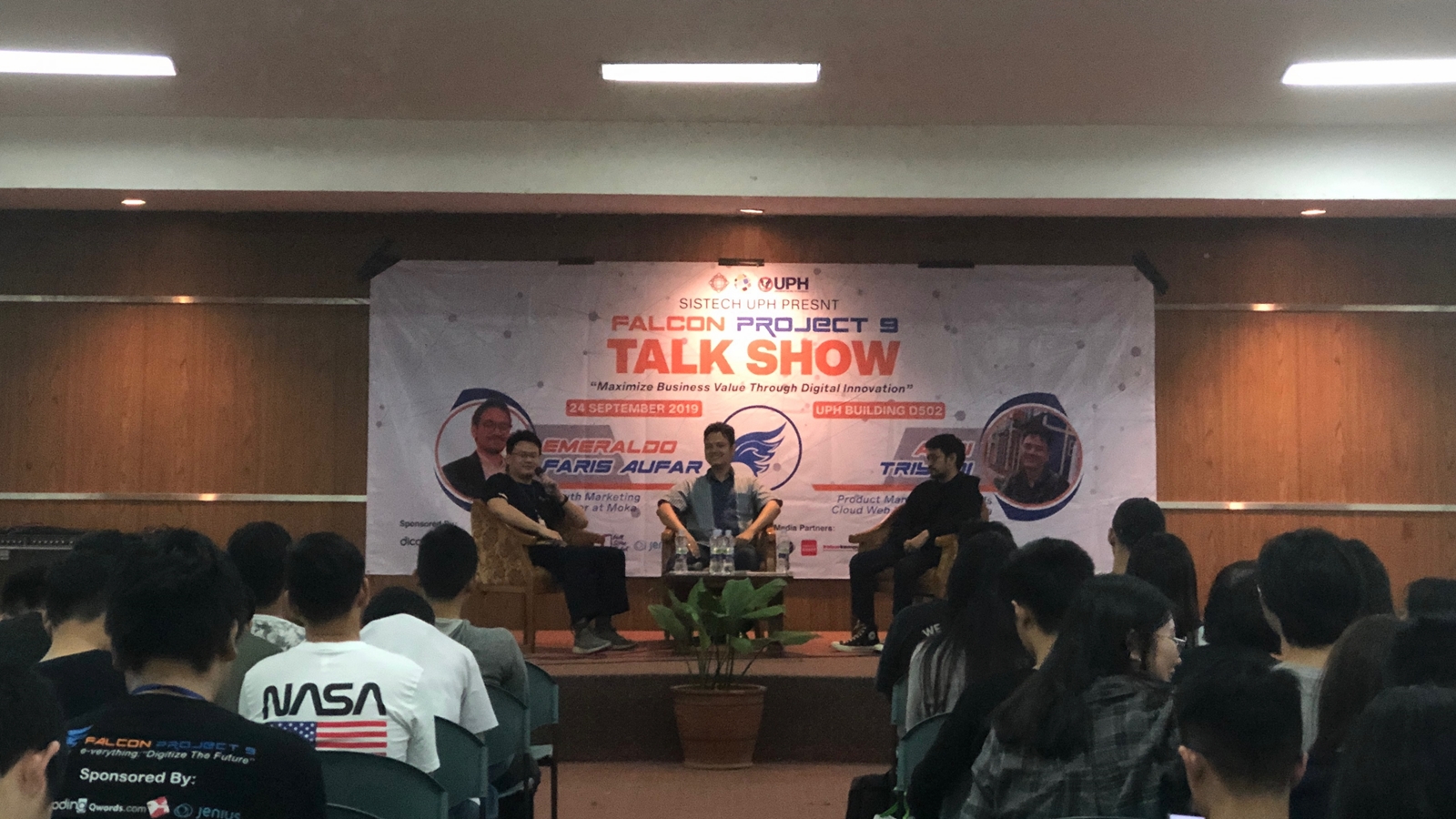 Digitalization provides convenience for its users in doing everyday activities. Up until now, through the innovations in information and technology (IT), digitalization has expanded to numerous sectors with the business sector being one with the most rapid growth.

The implementation of digital technology in the business world becomes the main topic of a talk show entitled “Maximize Business Value through Digital Innovation,” which was held on September 24, 2019 at the UPH Campus, Lippo Village. The talk show was attended by two famous IT startups in Indonesia, MOKA and Qwords.

The talk show held by the students of UPH School of Information System and Technology (SISTECH), which was also a part of Falcon Project 9, invited Emeraldo Faris Alifar, Growth Marketing at Moka, and Andi Triadi, Product Manager at Qwords Cloud Web Hosting Indonesia to share their experience and to motivate students who are interested in the digital business.

Emeraldo explained that digital innovation is the most important phase when doing a business, especially for start-ups because we need a new breakthrough that can facilitate and resolve the problems in our society.

Aside from innovation, Andi Triadi also added that entrepreneurs have to be able to maintain and even optimize their business value by using the digital technology.

“As an entrepreneur, we should never stop learning because technology is changing rapidly. We should not be afraid to carry out new technologies and in this case, we have to be independent. Just as QWords was brave enough to experiment.”

Moreover, Emeraldo also encouraged participants to expand their curiosity for new things, “Stay curious about everything and don’t get easily satisfied so you will keep learning everyday. Especially when you are still in school, or maybe college, you should experiment more on things, and never be scared of failures,” Emeraldo added.

A similar statement was also given by Andi to the participants. Adding up to Emeraldo’s, Andi said that the participants, especially students, are encouraged to get actively involved in IT communities.

The High School students and UPH students were greatly inspired by these digital business professionals. In addition to that, students who were interested in IT were able to join other activities such as competitions, exhibitions, and also an awarding night event which would be held on September 27, 2019. (na)