In the newest course in this semester (August-December 2018), the students were taught the knowledge and the process of making drone in detail. This course aimed the students’ understanding and ability to design their own drone with a low budget, but high quality. The quality here means that the drone will be able to fly with stability.

Endro explained that in this first experiment, the rafting is focused on the drone function to fly with high stability. Also, the drone made by the students has some differences with the common drone.

“The drone made by the students is cheaper than the common drone, but with the same quality or even better than the common drone. We can add some electronic component into it, so it can be applied to the various system. Conversely, the common drone just focuses on photography or cinematography. We can say that our students’ drone has a lot of advantages, like it can be designed as the application we want, has good stability, speed, and a longer time to fly. Our drone can be operated manually, semi-automatically, and also automatically. Moreover, the camera with VR drone can be added as an optional function to control the drone easier.” said Endro.

Not only learn from making and rafting process, but Dr. Endro also ensured the students were able to control the drone well, started by controlling the drone virtually before it’s tested directly.

Related to drone rafting, Endro explained that there are some concentration courses in Electrical Engineering in charge, like control system, robotic, and microcontroller. Endro hopes that the drone can be applied into many functions for next time, like the agricultural drone, mapping drone, measuring the air quality, and the wider drone function. According to him, the development or the application of drone can be done by the students by taking the drone topic as their final research. 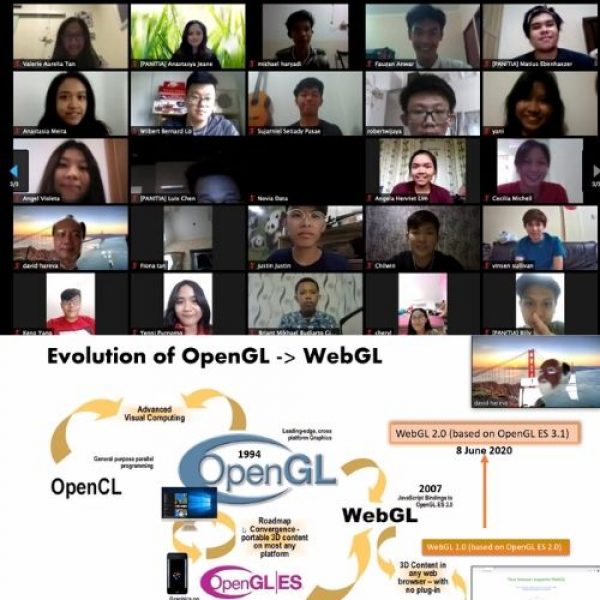