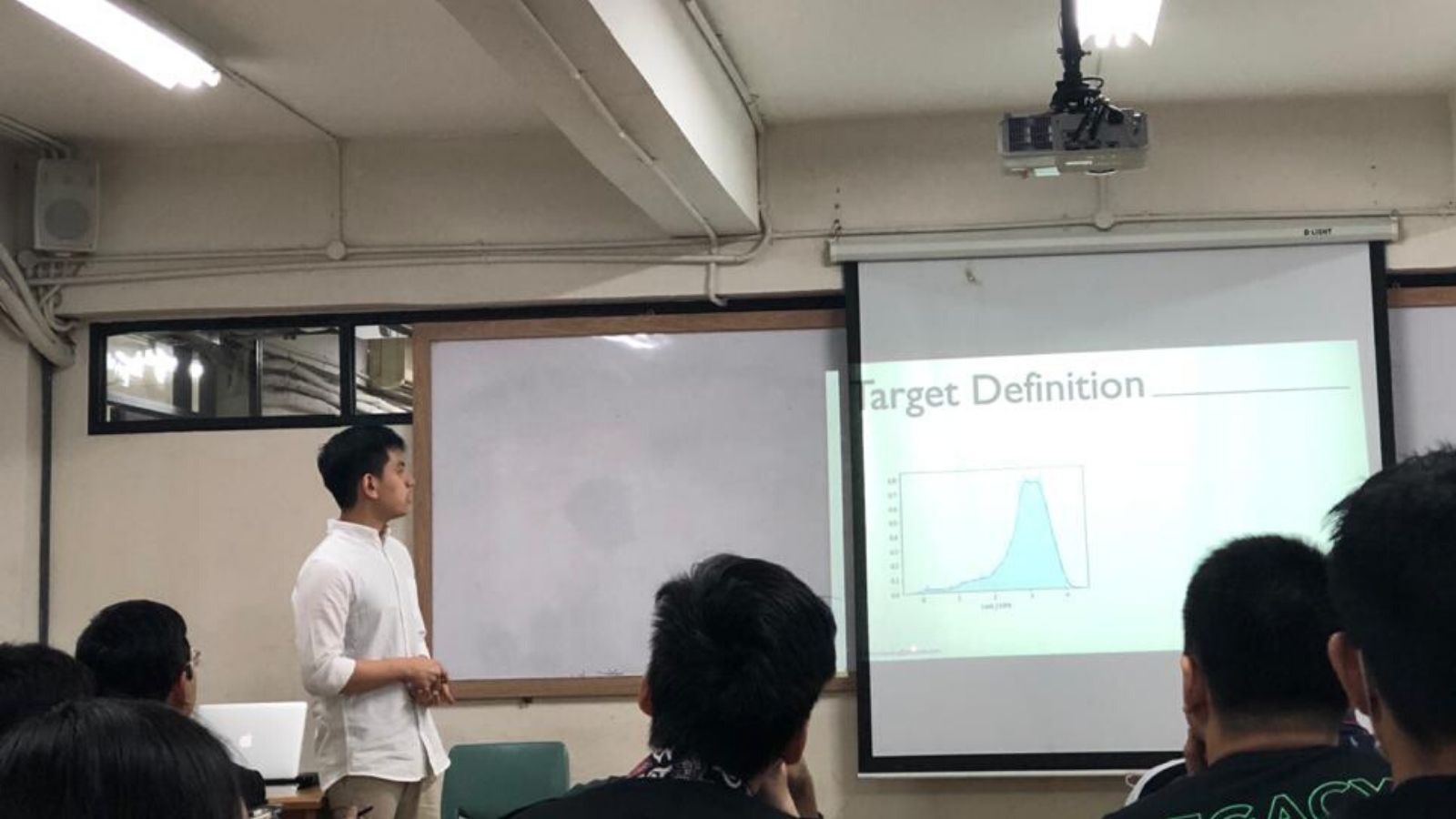 The presence of Industry 4.0 in Indonesia has encouraged educational institutions to create innovations by optimizing the use of technology. One example of this innovation was done by Gerry Chandra, S.T. – an alumni of UPH Electrical Engineering 2016, through his undergraduate thesis which resulted in a Model Machine Learning that can be predicted with Data Analytics. This finding was reported to have successfully predicted prospective students’ level of accomplishment in their studies from the time they applied to a university. This finding was discussed through a seminar in The Science-Tech Colloquium, an event held by UPH Faculty of Science and Technology (FaST) UPH with the title “Can Machine Predict Students’ Success based on Their High School’s English and Math Marks?”, held on March 5, 2020, at UPH Lippo Village, Tangerang.

“The goal of this research is to predict the performance of prospective students and to answer other problems that are related. Take the low rate of graduation for example. Turns out, there are less than 40% of students in Indonesia who actually graduated (OECD Data, 2016). Regarding this problem, many students who took a long time to finish their studies said that their main reason is because they have chosen the wrong major. Hopefully, this program can help to identify this problem from the very beginning, so that students can know about the major that will suit them best,” said Gerry.

For this research, Gerry took data samples from almost every student of UPH’s class of 2018. The data for students’ score was taken from the data of Online Admission UPH in 2018, and Gerry combined those data with the GPA of students in their first year (3rd semester), taken from the campus’ academic system (OPCS). Later on, he created a Machine Learning model to predict while students will fail (with a GPA < 2,0) at the end of the academic year based on the admission data.

“For this research, I decide to use the most recent GPA of UPH students, class of 2018, as a benchmark to predict their success at the end of the academic year. This research also uses their previous score in English and Mathematics when they were still in High School. Because the score of these two subjects is one of the requirements for their applications to UPH,” said Gerry.

This research, which was supervised by Dr.-Ing. Ihan Martoyo – lecturer of UPH Electrical Engineering, concludes that the model machine learning obtained from this research can be used to predict the performance of the prospective students of UPH with a level of accuracy that reaches up to 60% only by using High School students’ score in Mathematics and English. With a more complete data, the accuracy level of the model is predicted to reach a rate of 70%.

One frequently asked questions regarding the result of this research is why does the High School name have no effect on the result? Turns out, if someone has a decent score in Mathematics and English during High School, it would be more likely for them to adapt in University. Therefore, even when these students from different High Schools might have difficulties at the beginning, they will be able to adapt within a short period of time.

Gerry also admits that the success of this research would not be possible without the help from the lecturers of UPH Electrical Engineering and the knowledge and learning that has been given to him and the other students. Data analytics is not just about mathematics. “In UPH Electrical Engineering, there is a wide range of courses that can support this research, such as calculus, algorithm, programming language, statistics, numerical analysis, and many more,” said Gerry. Moreover, the soft skills that he has obtained during his studies and when he conducted his research also helped him a lot in his job as a data scientist in OVO.

“This research has a very close relation to my current job in the credit scoring department where I have to develop a system that assesses applicants’ advisability to acquire funding. In the field of data science, soft skills are also important because we need more than just mathematics, we also need intuition and communication skills to work in this field so that we are able to convince stakeholders,” said Gerry.